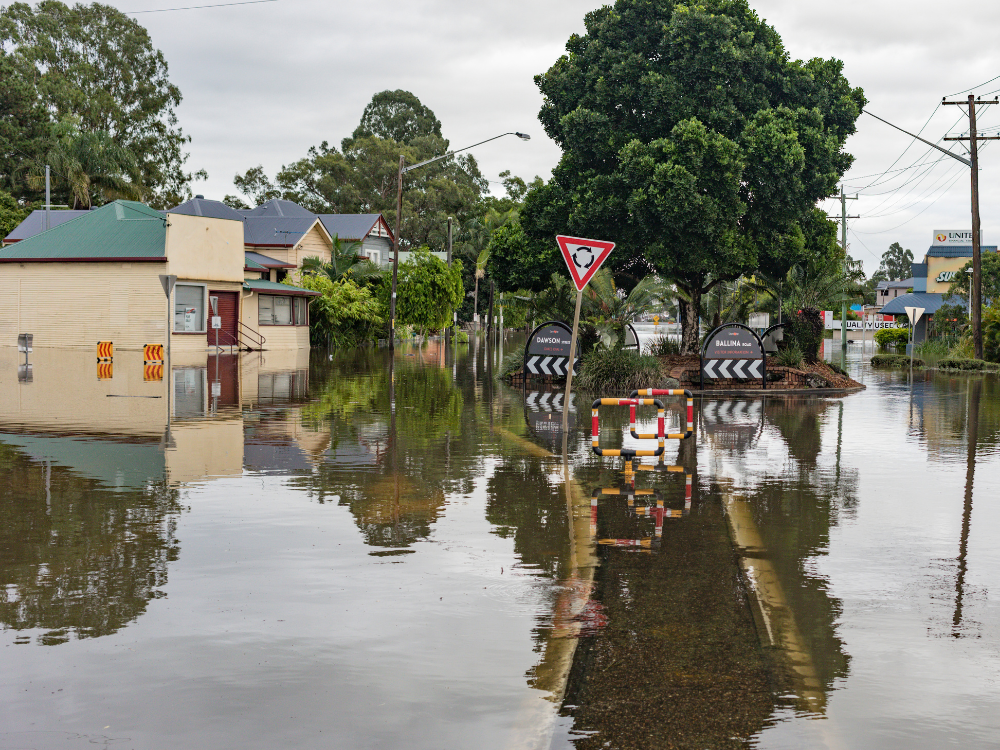 The owner of a store in a shopping centre in flood-affected Townsville has lost a claim dispute at the Australian Financial Claims Authority after the property was inundated in February of 2019.

The damage to the property was lodged under a business insurance policy held with Suncorp, and the claim was denied because the damage was caused by a flood, which was excluded from the policy.

The flooding and rain event in Townsville at the time was extensive, and the extreme weather event saw water enter the shopping centre via the roof and exit via drains in the loading docks. Due to the sheer volume of water, the surcharge drains were unable to cope with the amount of water, and the centre’s ground floor was inundated by about half a metre of water.

The shopkeeper explained to the AFCA that the centre was initially inundated with storm water before the flood water, so the flood exclusion should not apply.

The shopkeeper also expressed that their Suncorp representative should have noted the risk at the Townsville store and advised obtaining flood cover.

In emails to the AFCA in August of 2019, the shop owner acknowledgted that the PDS sent by the Suncorp representative hadn’t been read in full.

AFCA noted that the policy clearly stated that it did not cover loss or damage due to flood, and that it was the responsibility of the shop owner to “review these documents and ensure the cover met its needs”.

The AFCA ruled in favour of Suncorp, and explained that courts have previously established that once rain water is mixed with flood water, the entire body of water is considered flood water.

“Where rainwater mixes with flood water and causes damage, a flood exclusion will usually apply to defeat the claim. Accordingly, when deciding complaints, consideration has been given to whether there was any rainwater runoff damage before the flood water arrived at the insured property.

“Both initial and peak inundation of the shopping centre in which the complainant’s business is located was caused by floodwater. The policy clearly and unambiguously excludes any damage caused by or arising out of flood and there is no evidence to show the insurer misled the complainant as to the extent of cover,” AFCA said.

Despite video and photographic evidence which showed the intense rainfall and subsequent inundation after the storm, the AFCA noted that it was “highly unlikely” that the runoff was enough to inundate the insured property above floor level, supporting Suncorp’s claim that the inundation was caused by floodwater.

“The footage does show that water began encroaching over the footpath outside – not the building – shortly after 6 pm. However, this does not of itself establish that the insured property was inundated with stormwater before floodwater arrived,” it said.

“There is no evidence that water leaked through the roof causing damage prior to the inundation as occurred in some other areas of the shopping centre.”